If you like first-person shooting games and intense mount of zombies then Call of Duty(COD) Black Ops Zombies is a perfect game for you. This game brings the intensity of zombies to the next level.

It’s an old game but the excitement is still there in the game. The graphics are ok not that fancy as the modern titles are but still not bad either. If you once start to play this game, you will love this zombie shooter game for sure. This game is very addictive and easy to play.

COD: Black Ops Zombies is a console game and adapted for Android with some of the more popular maps. It’s a first-person shooter game that has no regular enemies. Instead of regular human enemies, this game has zombies.

You need to kill tons of zombies in order to survive. There is a single-player mode where you can play by yourself or you can join with three other players over WiFi to play co-op levels.

This game has an additional top view arcade mode that also brings a different flavor to the game. 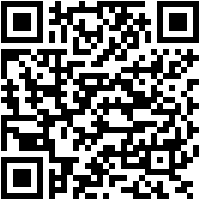 Bonus:   Orbot For Windows | Best Way To Use Browser With Orbot

This is an FPS game filled with zombies. In single-player mode, the game offers different maps like Kino der Toten, Ascension, and Call of the Dead: Director’s Cut. There is also an unlockable Dead Ops Arcade mode.

Each of these maps has different environments and areas to explore. Players need to explore new areas and fight against different enemies to slay. There are four different characters to choose from to blast the zombie’s faces. You can also choose from three difficulty levels to maintain excitement.

This game has a multiplayer co-op play mode also. You can connect with up to three players over WiFi. This enables another dimension to the strategy of each map but also changes a few small things like Quick Revive functionality.

This game is more casual with a non-committal feeling that makes you play and pass quick sessions.

COD: Black Ops Zombies has a new unlockable mode called “Dead Ops Arcade.” This mini-game brings significant value to the overall package. An arcade-style shooter with a top view map that puts the player in a different scenario. The player collects powerups, treasures, and slaughters the never-ending zombies across 50 levels.

You may find more pleasure in this simple game dynamics and waste time with quick rounds. I must say that Dead Ops Arcade is as or more fun than the main maps. Progressing through the round to round is very simple.

You need to wipe out zombies from all directions and pick up powerups, treasures, and other stuff along the way. This arcade mode is very easy to unlock. All you need to do is to explore the game’s various options and menus.

To unlock this mode, the player only needs four coins hidden in BOZ’s various menus.

As this is an old game, the controls are in this game a little shabby. They are nearly invisible but almost completely intuitive. The left side works as a joystick with a crouch control and the right side is in charge of grenades, automatic aiming, weapon switching, and melee.

The only complaint I have with this control scheme is that the quick and accurate use of the knife is difficult than it needs to be. You can easily accidentally shoot instead of swiping with the knife.

This game does not stand out when it comes to the graphics department. The game looks ok or maybe even good but compare to other titles the graphics aren’t really up to the mark.

Though the game offers “Level of Detail” in the settings with a simple slider from “Faster” to “Prettier,” but the differences seem marginal.

With that being said, I think the developers put less effort into the graphics department and more effort into the overall game dynamics. Which again makes this game more casual rather than highly developed stories or visuals.

Is COD: Black Ops Zombies another zombie shooting game? Kind of. The only thing I can see in this game is that it is based on a popular game. Besides that, this game has poor graphics and the gameplay is different from the other games.

The game has a price tag of $6.99. Which I think the game doesn’t worth. You can play Dead Trigger which has a polished visual, a better storyline, and better gameplay dynamics.

But if you value casual dynamics and don’t really care much about graphics then this may be the first-person zombie shooter game for you.

So, what do you think about Call of Duty Black Ops Zombies Apk? If you like this article, then don’t forget to share it with your friends and family who love to play zombie shooter games on their Android smartphones. Or if you have any questions regarding this Call of Duty Black Ops Zombies Apk, then you can comment below or contact with us. I would love to help you to solve your problems.

Today we are going to talk about the CX File Explorer, a powerful multifunctional file manager app…

ShareMe is a file-sharing app developed by Xiaomi but you can use it on any android smartphone. It…

Looking for a Xender app? Xender APK Download full way is here. Read and find the easy way to get…

How to run APK on Windows and macOS? – 2 Easy Ways Explained

For various reasons, we need to run our favorite android apps on PC or Mac. If you are facing a…

Looking for a file sharing app for your android device? SHAREit is one of the best solutions you…

Orbot For Windows | Best Way To Use Browser With Orbot